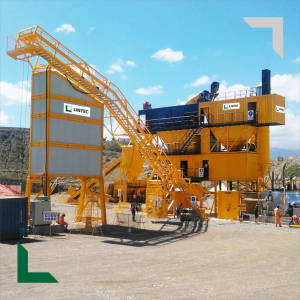 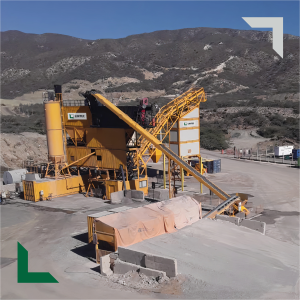 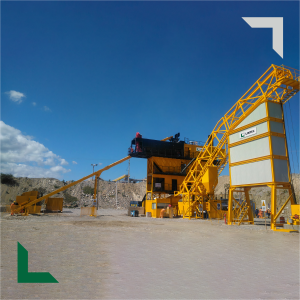 A Lintec CSD1500 asphalt mixing plant is working on the vital, and potentially life-saving Montegrande dam project in the Barahona region of the Dominican Republic.

First envisioned in 2001 as an enterprise of the National Institute of Water Resources (INDRHI), the need for the Consorcio Montegrande dam was brought into sharp focus after the devastation wrought by Hurricane Matthew in 2016. This disaster triggered major floods, forced the evacuation of 37,000 residents and destroyed crucial infrastructure in the southwestern region. As a result, the Dominican government kick-started the project and by February 2018, construction was underway with a consortium comprising Brazilian contractor Andrade Gutiérrez and local firm Servinca, leading the work.

In 2020, a Lintec CSD1500 asphalt mixing plant arrived at the jobsite, charged with producing asphalt for strengthening the dam’s core, which is situated on top of a plinth supported by a diaphragm wall. The asphalt is used to fill the void and will enable the 57 m tall dam – at which height it spans 1,400 m – to provide an impermeable 30,000 m2 barrier to 389 million m3 of the Yaqué del Sur River. 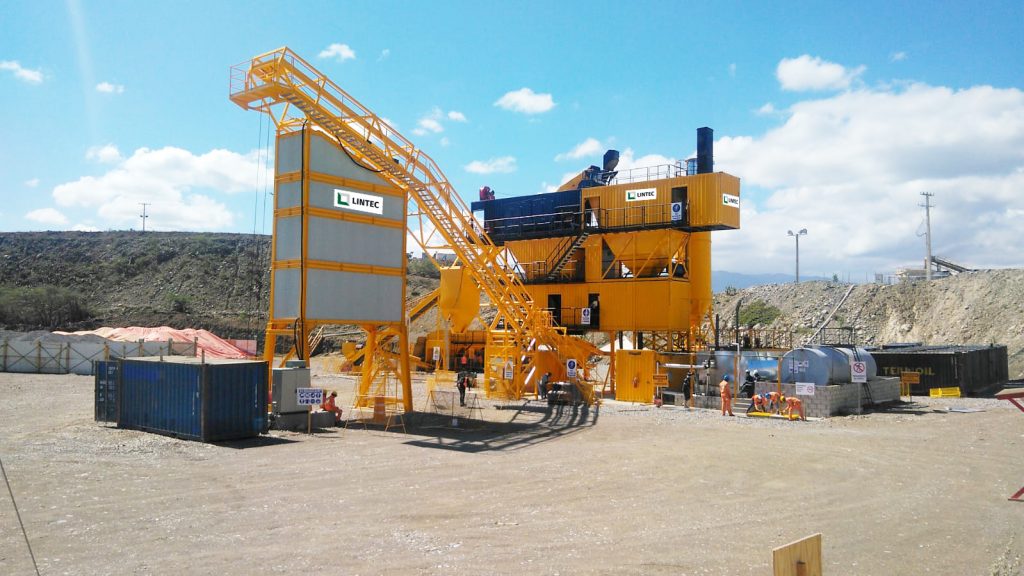 This relatively recent method of constructing an impermeable central core liner exploits the intrinsic benefits of asphalt, such as its impervious nature, ductility and self-healing qualities, sealing the dam with a highly robust waterproof barrier that will prevent leakages and hydraulic base failure. By gradually adjusting to deformations in the embankment or any settling in its foundations, an asphalt core ultimately provides a much more reliable solution than the traditional rock-fill method. 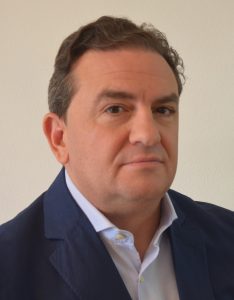 “Of course, this is a different blend of asphalt than would be produced for use on highways. By boosting the bitumen content, we can produce a rich asphalt mix ideally suited to the local climate. And because it enjoys ideal conditions inside the dam, with fairly constant temperatures and no exposure to the sun or ice, there is no risk of wear or degradation.”

The advanced control system used by the Lintec CSD1500 asphalt mix plant ensures that consistent output can be maintained, while allowing for partial or full automation of production, including the skip hoistway, burner control or the addition of special additives such as foamed bitumen or Reclaimed Asphalt Pavement (RAP) materials. The recipe, or its quantities, can be paused, specified and changed at any time, before being quickly restarted to allow this containerised double screen drum batch plant to resume production at a rate of up to 120 tons of hot mix asphalt per hour.

By adjusting the asphalt’s viscoelastic-plastic properties, the mix can also be tailored to suit the geological conditions, making this technique ideal for use in seismically active areas. This is no minor consideration, given the earthquakes that have plagued the island – most notably, neighbouring Haiti – in recent years. Impacts, whether natural or otherwise, will also produce little damage. 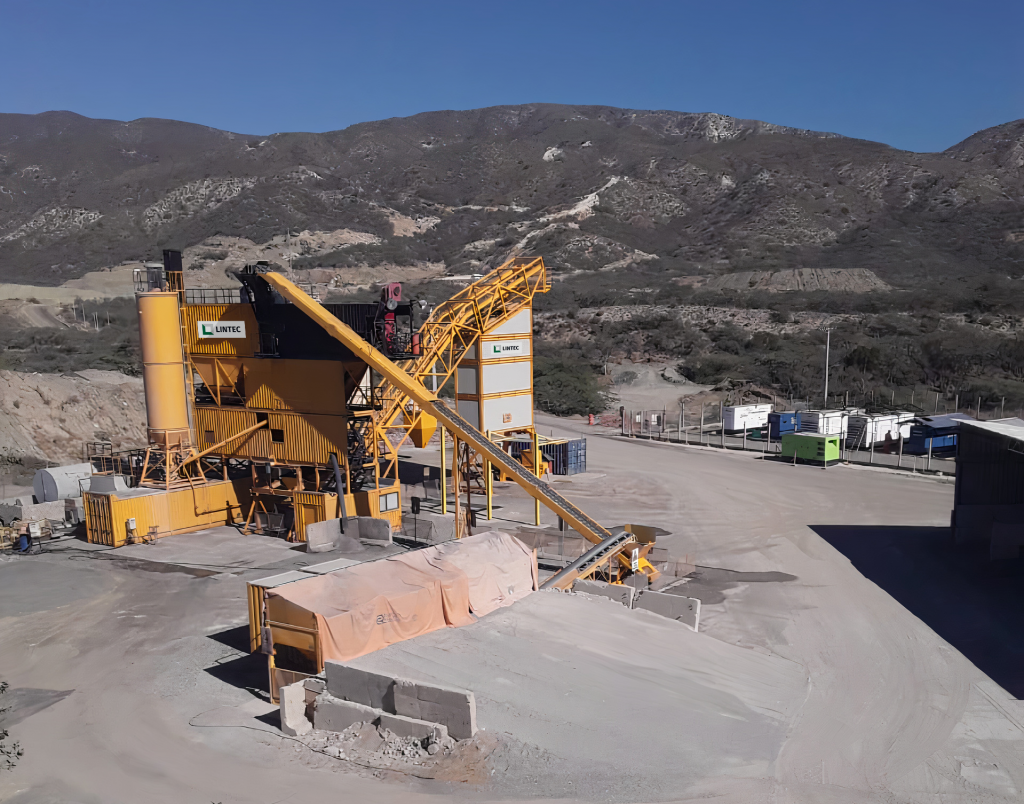 One particular benefit of the asphalt construction method that is especially pertinent is that progress can be maintained even during wet conditions – a common occurrence due to the cool tropical Caribbean climate. This ultimately leads to great reductions in the amount of downtime for the contracting consortium, as well as project costs.

“We decided on the CSD1500 asphalt mixing plant as the Lintec brand has a very good reputation in the Brazilian market,” enthused Marco Antonio Nardin França, Project Director, Consorcio Montegrande. “We enjoy using the plant as it is easy to install and transport while featuring high-quality engineering”, compliments Marcos Junio Oliveira Apolinario, Equipment Manager at Consortium Montegrande.

Key to this ease of use is the modularised structure that allows for quick and easy installation and dismantling, with the entire plant built inside ISO sea containers for easy, economical transportation. This also enables each new plant to be pre-assembled at the factory, where it then undergoes rigorous test procedures to ensure smooth set-up and operation once it reaches the job site.

As for the high-quality engineering, the mixing plant’s unique double screen drum technology eliminates the need for hot elevator and vibrating screens, leading to a significant reduction in fuel consumption as well as maintenance. Many users also appreciate the reduced noise and dust levels, as well as the extensive range of customisation options.

In addition to the main structure, the Montegrande dam will incorporate a spillway, bottom discharger, valve house and an emergency spillway that is designed to break in the event of exceptional floods that exceed the capacity of the official discharge devices.

Once complete, the dam will provide huge benefits to the local communities, in addition to increased protection from flooding. Although one of the poorest regions in the Dominican Republic, Barahona has high agricultural potential, with about 700,000 hectares – including 400,000 hectares currently with little or no access to water – expected to benefit from enhanced irrigation.

The dam should also provide a timely boost to economic development in the country, concludes Isidro: “Not only will it have a role to play in attracting eco-tourism, the expected installation of turbines generating 18MW of hydroelectric power is projected to provide four provinces with 140GWh of electricity per year. It really is a pleasure to be part of a project that will bring so many benefits for the local community.”