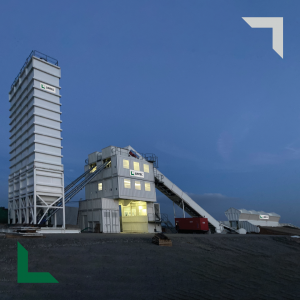 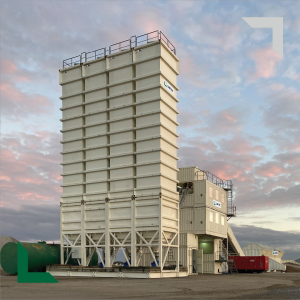 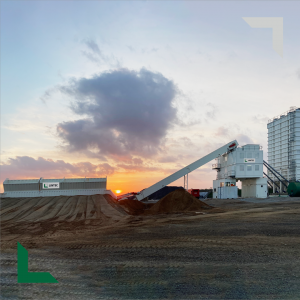 With one-fifth of Poland’s expressways now made of concrete, a Lintec CC3000D containerised concrete batching plant is supporting this growing trend as it works on one of the most important infrastructure projects in the country.

Forming a significant part of the Trans-European Transport Network (TEN-T) within the Baltic-Adriatic Corridor – a key priority for the EU – the new S7 expressway will also play a crucial role in Poland’s plans to modernise its transport network. Creating better links between the capital and outlying regions, the 720 km-long S7 expressway will head southwards from near Gdańsk on the Baltic Sea coast to Chyzne, just before the Slovakian border. The road is also part of European route E77, which links a number of important towns and cities on its way from Pskov in Russia to the Hungarian capital, Budapest. 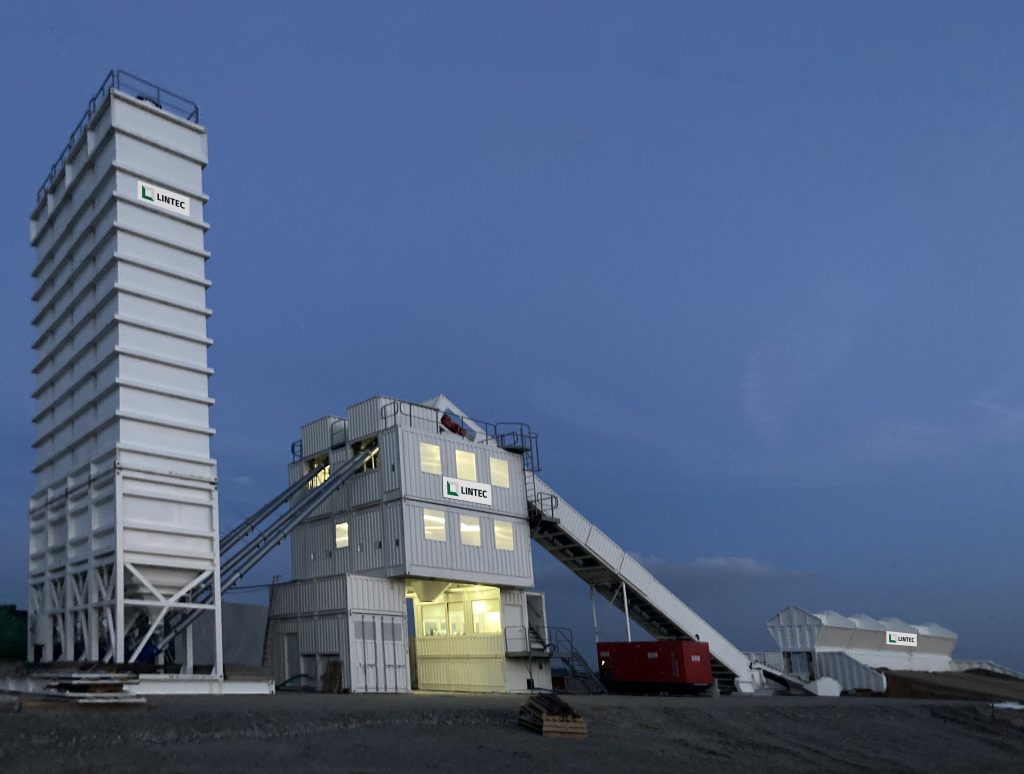 The Lintec CC3000D containerised concrete plant is working on the S7 expressway from Mlawa to Napierki, which will be the longest expressway in Poland

Most of the expressway will be built by upgrading the existing National Road 7 (DK 7), typically doubling the number of lanes and adding the expected amenities such as interchanges, bridges and overpasses.

With two-thirds or more of the project now complete, work on the remaining five sections is now underway. On a 14 km subsection of one of these expressways between Napierki and Płońsk, the highly productive Lintec’s CC3000D concrete plant is being fully utilised by Janikowo-based contractor Trans-Am Maciej Antkowiak.

Connecting Napierki and Mława in the province of Mazowieckie, approximately 130 km north of Warsaw, this northern slice of the new section will host two of its nine junctions. Like the other 57 km, it will comprise two 3.5 m-wide lanes, a 2.5 m-wide hard shoulder and a 0.75 m-wide soft shoulder on either side of a 12 m central divider. There is also the option to add a third lane depending on future requirements. 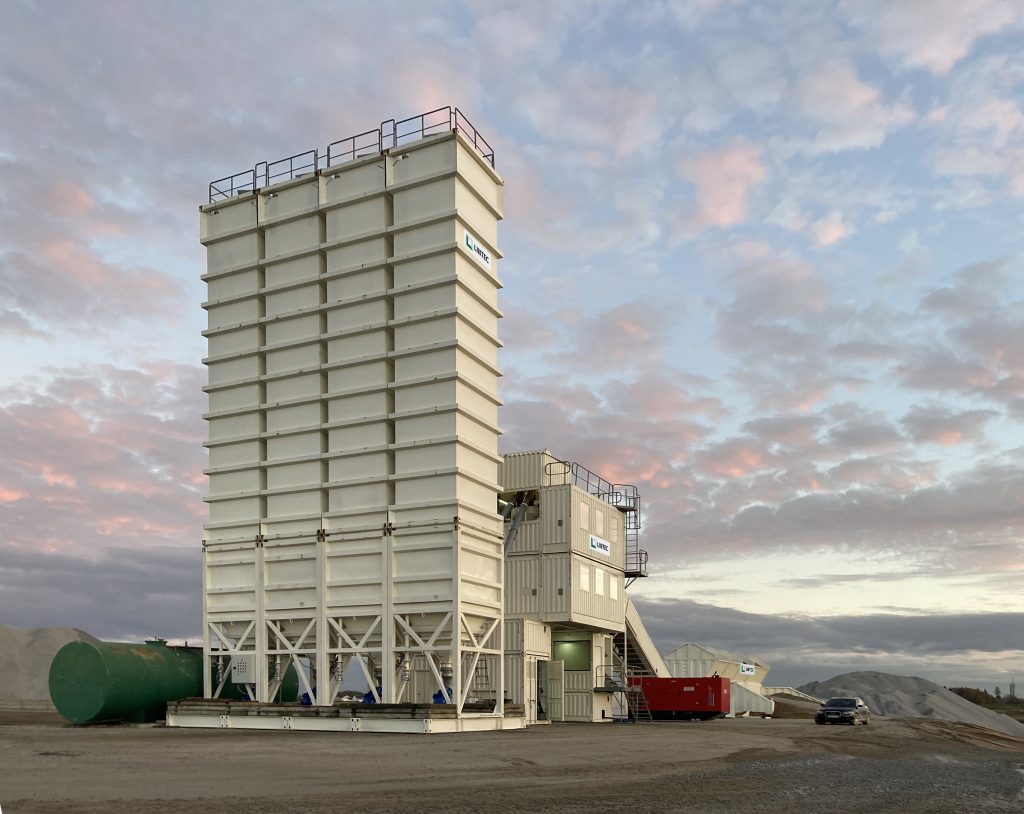 Working as a chief subcontractor to Strabag, Trans-Am’s Maciej Antkowiak decided to install a Lintec CC3000D batching plant due to its reputation as one of the best-performing concrete batching plants on the market. “They specialise in the construction of concrete roads since 1990 and have gained a great deal of experience working on big projects where you can’t afford to use machines that aren’t up to the task. Many projects in Poland typically require a minimum output of 160-180 m3/hr, so its high performance is proving absolutely crucial, producing up to 240 m³/hr of ready mix concrete from its two twin shaft mixers.”

“Although the plant could churn out these huge quantities 24/7 all year round, jobsite decisions mean it often might only work 10 hours per day,” he adds. “The hot summer meant that the concrete had to be laid at night, and progress in the autumn was also delayed due to rain.” The two twin shaft mixers in the Lintec CC3000D concrete batching plant allow for independent production. They can produce different batches of concrete at the same time using both the first mixer in the upper layer and the second mixer in the bottom layer.

The contractor appreciated the mobility of this huge plant. This is enabled via its modularised structure that is completely built into ISO shipping containers for economical transportation as well as easy installation and dismantling.

The EU’s Cohesion Fund has contributed over half of the €450 million investment required for the construction of the full 71 km section, with the aim of improving European connectivity, eliminating traffic bottlenecks and boosting trade and tourism.

Apart from a 25 km section running south from Kraków, the entire S7 project is scheduled for completion by 2026. The Lintec CC3000D will remain in service near Mława until late 2022. 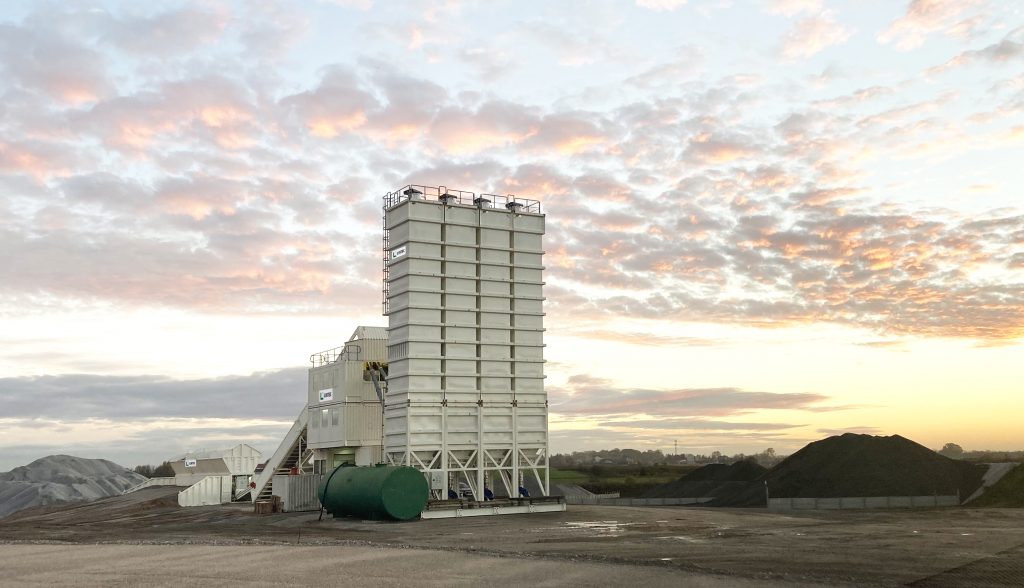